Browning Day 2019 at the Armstrong Browning Library was sponsored by the Baylor Film and Digital Media department, Baylor's Theatre Arts department and the Department of Curriculum and Instruction in the Baylor School of Education, and showcased this 360° video project.

From the project: In 2018, Amanda Gardner, a Baylor Ph.D. student in Education, came upon a compelling idea: To bring readers into the worlds of classic authors using resurgent virtual reality technology. Gardner understood from her own experience of walking into Emily Dickinson's bedroom that to inhabit the space of an author helps the reader to understand the author's work at a level unattainable through other interpretive methods. While Elizabeth Barrett Browning never lived in Armstrong Browning Library, the Austin Moore-Elizabeth Barrett Browning Salon intends to re-create a contemporaneous living space using her furnishings and other period pieces. Gardner saw the possibility with this space of creating a typical scene from Elizabeth's life and then filming it using actors and cinematic virtual reality technology. 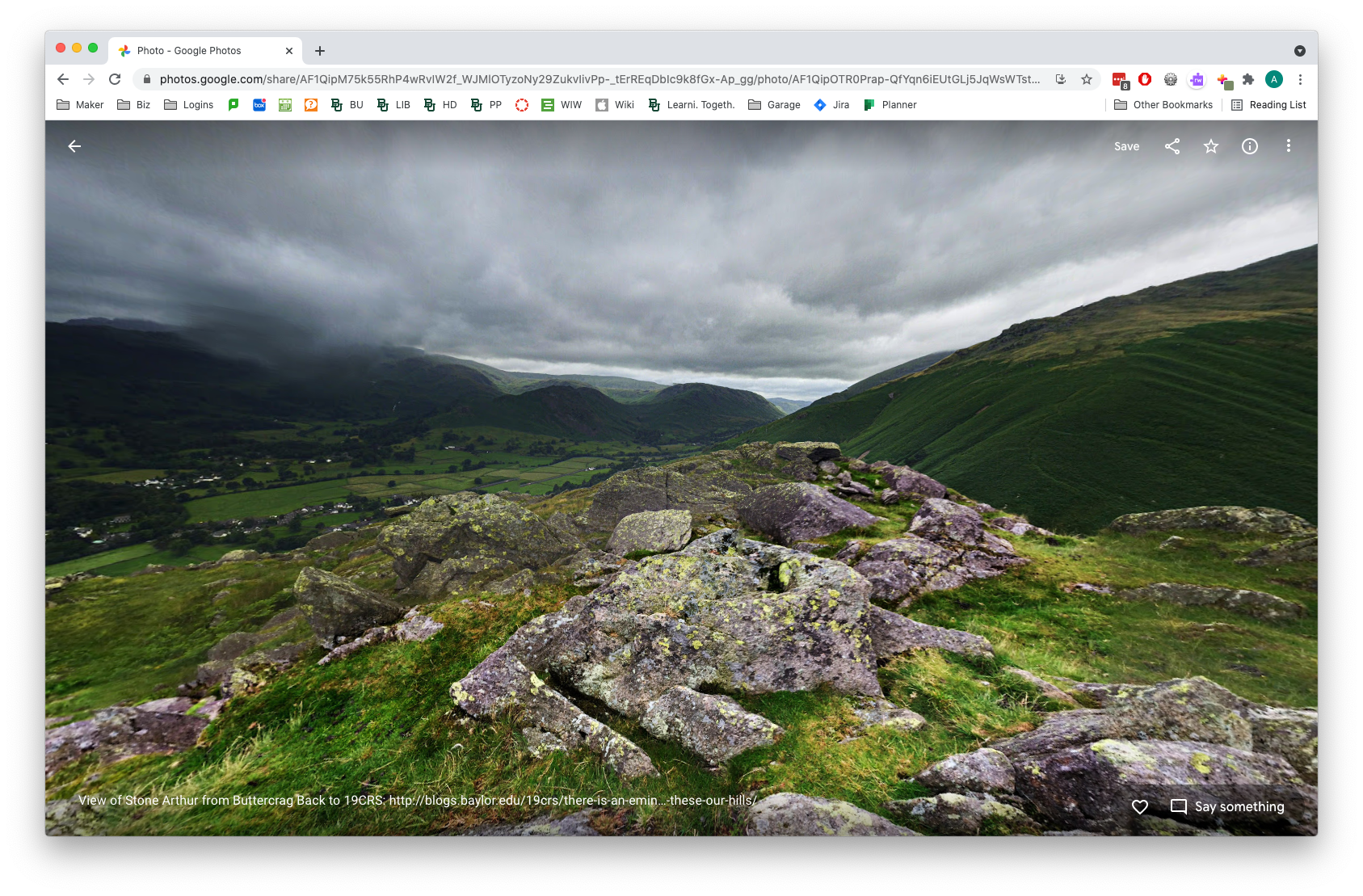 From the project: This interactive learning aid allows you to connect poems by the British Romantic poet William Wordsworth (1770-1850) to the places that inspired them in England’s Lake District, where Wordsworth grew up and spent most of his life. Viewer-manipulated videos and photographs enable you to “enter” the settings of poetic passages as you read them. Wordsworth actually composed some of these lines in or near the locations you can view.

Master's Thesis on which Dr. Joshua King and the Armstrong Browning Library collaborated 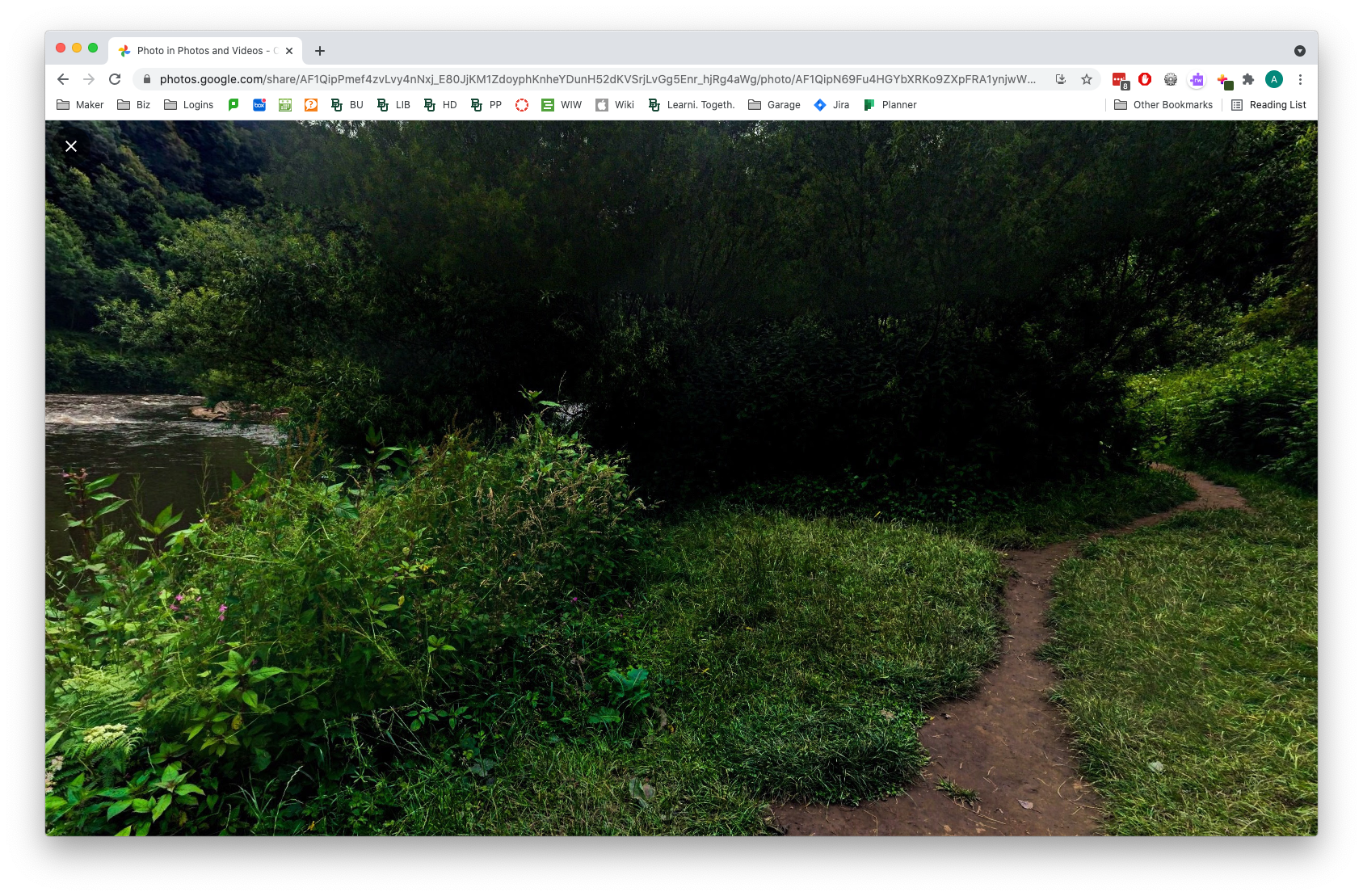 From the project: These annotations are augmented with citations to the most influential scholarship on the poem, extensive literary analysis, other critical editions of the poem, links to digital manuscripts, and various other forms of visual media, including historical maps of the area, artwork from throughout the ages, and current high-resolution photos, videos, and 360° street-view images that capture the Wye Valley landscape.

Living at Baylor in 3D

About the project: Explore the residence halls and communities across Baylor University's beautiful campus in this 3D virtual tour! All of these options are available for first-year and transfer students. More Baylor VR videos on the Baylor VR YouTube Channel.

Using 360° photos for a virtual walk-through. 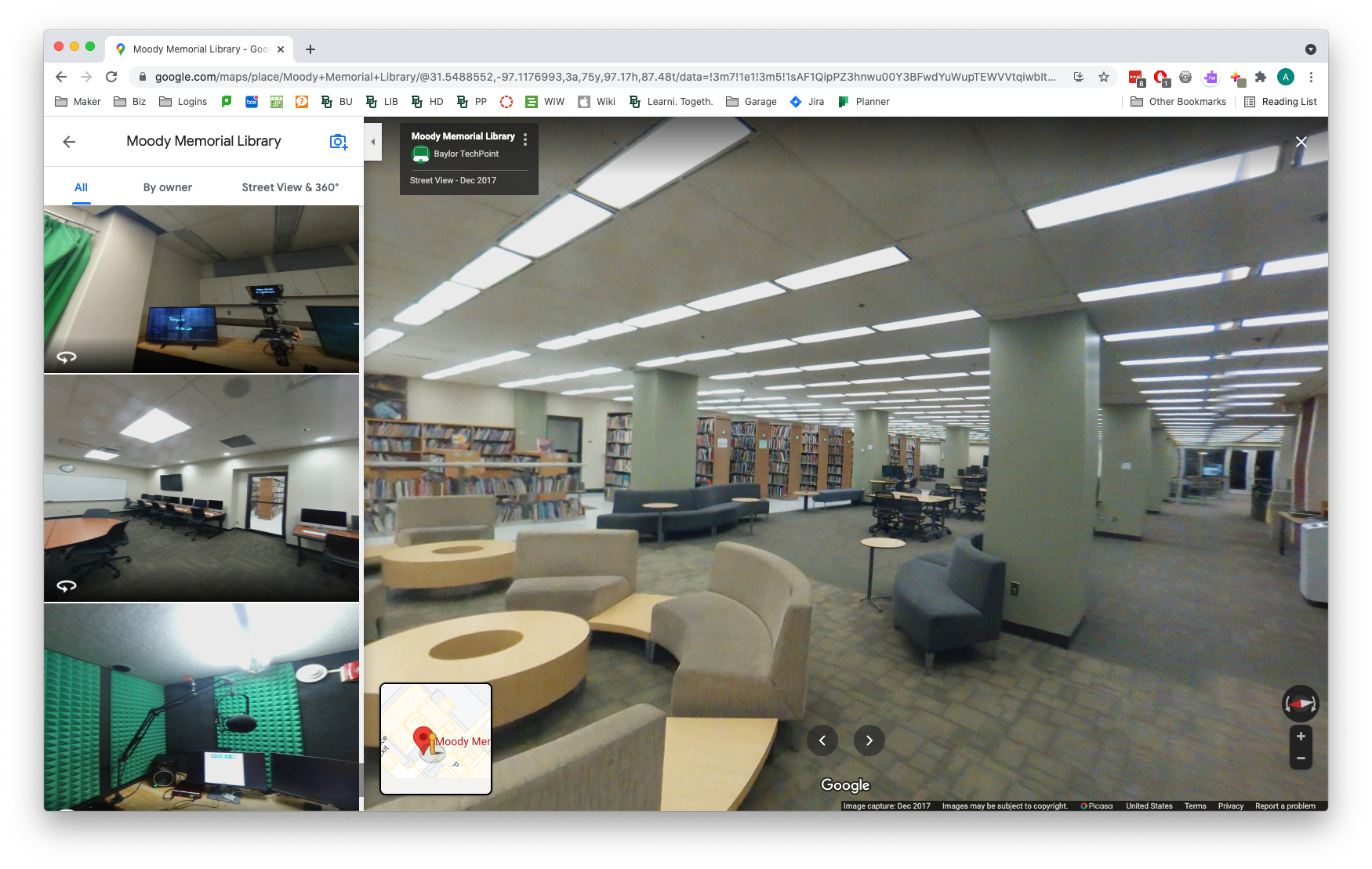 About the project: The Garden Level Study Commons has a series of 360° photos stitched together using Google Street View. Patrons may wander through the space freely. Learn more at google.com/streetview/ and click the image to virtually walk through the Study Commons.

About the project: 360° video content may be stored and viewed natively by Kaltura's mediaspace. Simply tag any 360° video with "360" to enable the unique player features. These videos may be shared directly or from within a Canvas course, as with any Kaltura content.