This guide will provide basic information found online and at Baylor and can offer a good starting place to begin your patent research.

What is a patent?

A patent is an exclusive right granted for an invention, which is a product or a process that provides, in general, a new way of doing something, or offers a new technical solution to a problem. To get a patent, technical information about the invention must be disclosed to the public in a patent application.

The protection is granted for a limited period, generally 20 years from the filing date of the application.

Parts of a patent document 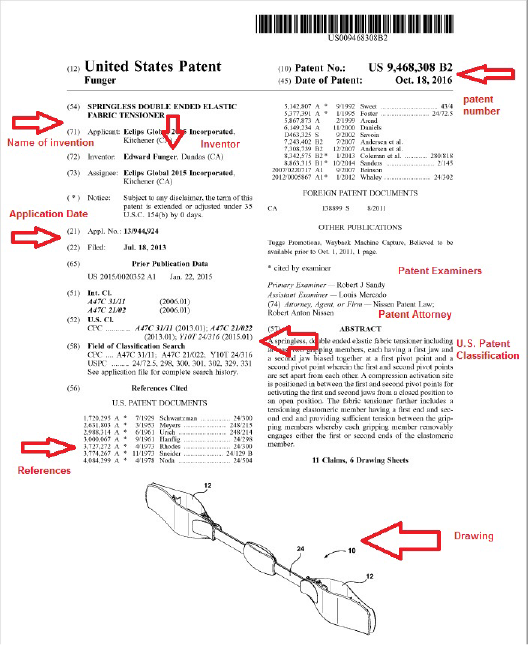 There are 3 types of patents:

Utility Patents: This is a patent that covers the creation of a new or improved — and useful — product, process or machine. A utility patent, also known as a “patent for invention,” prohibits other individuals or companies from making, using or selling the invention without authorization.  This is the most common patent that the USPTO issues.

Types of utility patents include:

Plant Patents: This is a patent granted by the United States government to an inventor (or the inventor's heirs or assigns) who has invented or discovered and asexually reproduced a distinct and new variety of plant, other than a tuber propagated plant or a plant found in an uncultivated state.